Many without exhaust aftertreatment technologies

Thousands of ships sail on the behalf of ministries, agencies and research institutions on rivers and lakes, canals and coastal areas, oceans and polar regions. Only very few of these ships are equipped with modern exhaust aftertreatment technologies. 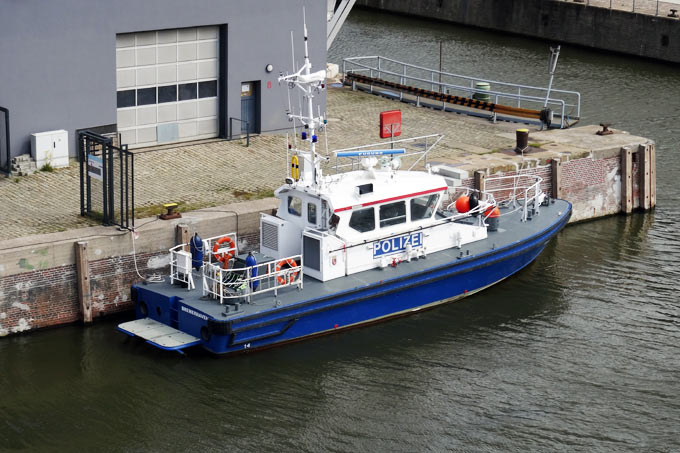 Thousands of ships sail on the behalf of ministries, agencies and research institutions on rivers and lakes, canals and coastal areas, oceans and polar regions. Only very few of these ships are equipped with modern exhaust aftertreatment technologies. This contradicts the authorities own health- and climate protection efforts: decarbonization is preached, but the biggest polluters are left outside. Instead of being a role model, the vessels of the authorities with their extremely high emissions of air pollutants massively contribute to global warming and pollute the air we breathe. Especially hazardous are the fumes of ships sailing in highly sensitive areas such as the Arctic. There, their soot emissions contribute particularly to the melting of ice and snow.

Almost all ships of the German authorities sail on low-sulphur diesel, which is the prerequisite for the installation and use of effective exhaust aftertreatments such as diesel particulate filters (DPFs) and selective catalytic reduction systems (SCR). Both techniques are required by law on EU-roads since many years and already have found many applications on (inland) ships. On board of ships a combination of DPFs and SCRs also reduce almost all air pollution emissions that are harmful for human health and biodiversity.

Now the use of low-sulphur fuel in conjunction with particle filters and SCR catalytic converters (or the use of similar clean fuel such as liquefied) must be a fixed part of all tenders for new ships from public authorities. All future shipyard stays of the existing fleet should be used for retrofitting the ships with comprehensive exhaust technologies.

However, in 2014 the Federal Ministry of Education and Research (BMBF) went ahead and retrofitted its research vessel Heincke and announced the installation of exhaust aftertreatment systems for its new vessel Polarstern. In both cases, DPFs and SCRs ensure a substantial reduction of soot and other air emissions. The technology reduces Black Carbon emissions by 99,9 per cent, sulphur emissions by about 90 per cent and nitrogen oxides by 70-80 per cent.