Container ships are considered to be environmentally friendly because they are very efficient. This is only half the story, because the global shipping industry also emits huge amounts of air pollutants. 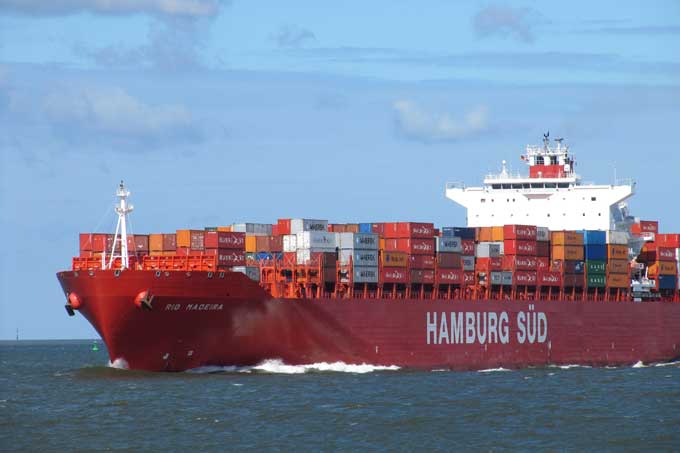 Consignments sent by container ship are considered to be environmentally friendly because they are very efficient. Compared to trucks, ships emit low levels of carbon dioxides (CO2) per tonne-kilometre. This is only half the story, however, because the global shipping industry also emits huge amounts of air pollutants. The reason for this is that seagoing vessels run on heavy fuel oil, which is high in sulphur and heavy metals. The sulphur content of marine fuels is currently capped at a maximum of 3.5 per cent (so called „Heavy Fuel Oil“, HFO). This is 3,500 times more than is permitted in the diesel fuel used in cars and trucks (0,001per cent). That is why high sea ships emit huge amounts of sulfur dioxides (SO2), Particulate Matter (PM), nitrogen oxides (NOx) und soot (Black Carbon, BC). Those emissions are highly poisonous and damage the environment and the human health.

NOx (which is a precursor of ground-level ozone) and BC also contribute massively to climate change, BC is even recognized to be the second strongest climate forcer after CO2. What’s more, in Europe alone, some 50,000 people die prematurely every year due to the impact of shipping emissions. Because of the increasing globalisation, low production costs in faraway countries, growing consumption and cheap fuels, bigger and more ships sail very long distances – and use more and more HFO. Accordingly, emissions from shipping are very high: the International Maritime Organisation (IMO) of the United Nations estimates that international shipping in the year 2007 emitted 870 million tonnes CO2, 20 million tonnes NOx and 15 million tonnes SOx. 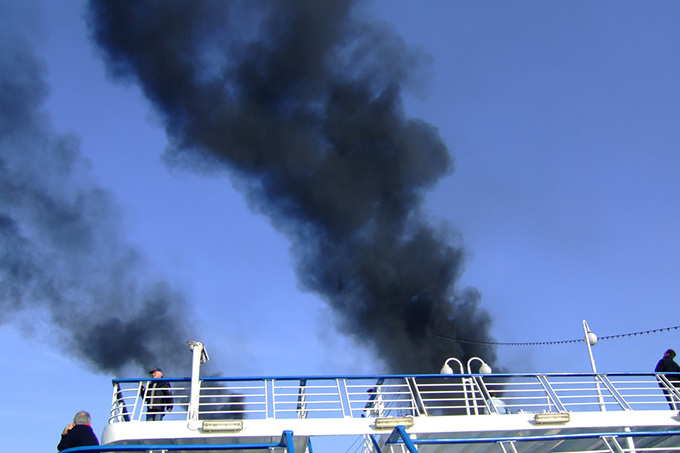 Two measures are relevant to reduce the air pollution from ships: One is the switch to a low sulfur fuel (0,005 per cent sulphur content), the other is the use of efficient exhaust gas technology (particle filters and SCR (selective catalytic reduction) systems). The use of these techniques is well established for land-based vehicles for some time, but is an absolute exception in the area of shipping. The implementation of these measures would reduce black carbon emissions by 99 per cent, nitrogen oxide emissions by 97 per cent and the emissions of other toxic substances such as toxic metal oxides by more than 99 per cent. An alternative could be the use of liquid natural gas (LNG) as fuel. When LNG is burnt, almost no SOx and soot emissions arise. The NOx emissions are considerably lowered.

A switch to a cleaner fuel (with a sulfur content of 0,005 per cent) and the use of effective exhaust gas emission techniques cause extra costs that only partially can be balanced by measures such as more efficient engines or slow steaming. But, as current calculations from NABU show, the extra costs per product would increase only marginally, for example for a T-shirt about 0,002€.

Therefore, the Sootfree for the Climate Campaign demands from all companies transporting goods on the high seas:

More information on this topic and the correspondent calculations can be found in the background paper „Air pollution from containerships“: 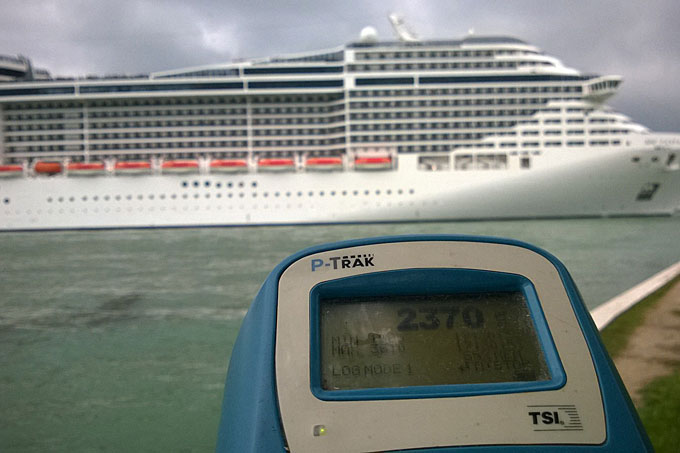