Help us save the last remaining snow leopards

Support us with your donation or adoption

Hunted for its beautiful fur coat and the alleged healing properties of its bones, the snow leopard is threatened with extinction. Adopt a snow leopard or support our project with your donation! Thank you! 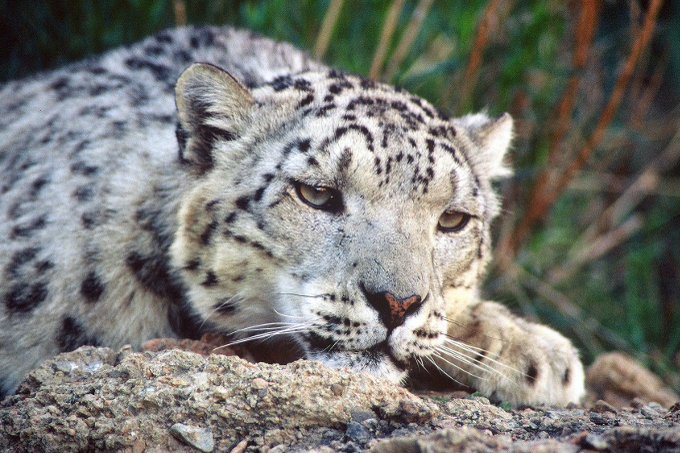 One of the most fascinating big cats in the whole world lives in the high mountains of Kyrgyzstan, a country with truly breathtakingly beautiful countryside and scenery! Hunted for its beautiful fur coat and the alleged healing properties of its bones, the snow leopard is threatened with extinction. It is estimated that only 7,000 of these animals live around the world in the wild. In Kyrgyzstan there are only around 260 snow leopards left as the population has fallen by almost 80% in only a few years due to poaching and illegal trade.

NABU is protecting the last snow leopards in the country: with the help of the anti-poaching squad “Gruppa Bars” more than 180 poachers have already been caught and hundreds of traps, furs and weapons have been confiscated. Five living snow leopards have been saved, three of which were so badly injured that they could not be released back into the wild. Bagira, Alcu und Kunak now live in the NABU Rehabilitation Centre, the largest outdoor enclosure in the world. Here they will be able to live in safe and natural surroundings.

We cannot allow Bagira, Alcu and Kunak’s fate to be repeated

Your donation helps to stop the poachers in Kyrgyzstan.

Details on how we handle your data can be found in our data policy.

If you prefer, you can also transfer your donation into our donations account:

Support that’s both regular and long-term

Support our project to save the snow leopard on a regular basis – Sponsor a snow leopard! As a thank you for your support you will receive a personalised sponsorship certificate, a photograph of “your” snow leopard and the “Schneeleo-Post” twice a year.