NABU and its Indonesian partner in the BirdLife network, Burung Indonesia, have initiated a project to protect tropical forests on the Indonesian island Sulawesi. The project is part of BirdLife’s “Forest of Hope Program” and located in the province of Gorontalo.

NABU and Burung Indonesia have implemented the project that is part of BirdLife’s “Forest of Hope Program” in the province of Gorontalo, located in the island’s north. “68.5 percent of this province are still covered with forests characterised by a very high and unique biodiversity,” NABU vice-president Thomas Tennhardt said. “For this reason, Gorontalo is listed among the world’s 34 ‘biodiversity hotspots’.” The project area alone is inhabited by 36 endemic species of birds and numerous other animal species found only there, including the Gorontalo Macaque (Macaca nigrescens) and the Sulawesi Babirusa (Babyrousa celebensis).

The project area connects two conservation areas (Panua Nature Reserve and Nantu Wildlife Reserve) and six protected forests. It thus joins a total of 257,000 hectares of forest area. Due to its hilly topography and difficult accessibility, a large part of the forest is in relatively good condition. In the west of the forest, however, first, larger areas have been allocated for oil palm plantations. NABU and Burung Indonesia have planned to establish an 84,798 hectares large area as an “area for ecosystem restoration” to stop further expansion. 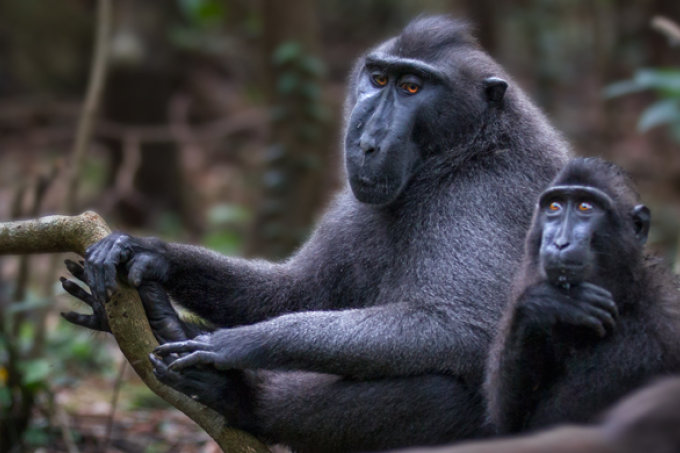 The project of NABU and Burung Indonesia is building on the foundations that were laid by investments of Vogelbescherming Nederland (VBN) and Burung Indonesia. Burung Indonesia, along with RSPB and BirdLife International, is member of the BirdLife Consortium that established Harapan Rainforest where NABU since 2009 has been successfully implementing another ICI funded project in collaboration with the consortium.

Harapan Rainforest is the first Ecosystem Restoration Concession (ERC) in Indonesia. The concessions were introduced in Indonesia by law in 2004. They forbid all clearing and the conversion of forest area to agriculturally used land. At the same time, they require the holder to protect and restore the forest ecosystem. Prior to their introduction, forest licenses in Indonesia had been granted only for timber extraction. 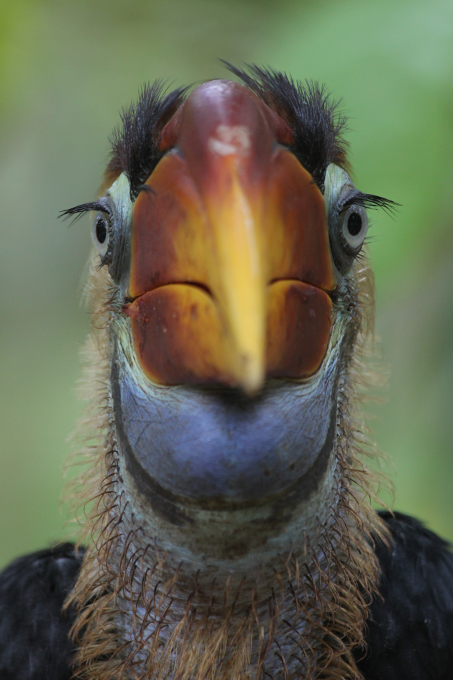 Now, Gorontalo provides a further chance to protect one of earth’s most species-rich forests and its rare inhabitants, and at the same time make an important contribution to climate protection. The main aim in Gorontalo is to promote sustainable management of natural resources as well as to preserve the endangered tropical forest areas as carbon sinks and in order to conserve their unique biodiversity. Furthermore the project aims to benefit livelihood of the local communities.

In addition, the project plans to implement measures aimed at strengthening the structural effects of ERC and encouraging the policy development. For this purpose, the ERC Forum initiated by Burung Indonesia will support nature conservation organisations and forestry practitioners in exchanging knowledge and facilitate the involvement of relevant government agencies. In this way, the project significantly contributes to the further development of ERC as a promising instrument of nature conservation in Indonesia.

The project is supported by the International Climate Initiative (IKI) of the Federal Ministry for the Environment, Nature Conservation and Nuclear Safety (BMU). Since 2008, the International Climate Initiative has been financing climate and biodiversity projects in developing and newly industrialising countries, as well as in countries in transition. Based on a decision taken by the German parliament (Bundestag), a sum of at least 120 million euros is available for use by the initiative annually. The IKI is a key element of Germany’s climate financing and the funding commitments in the framework of the Convention on Biological Diversity. The Initiative places clear emphasis on climate change mitigation, adaption to the impacts of climate change and the protection of biological diversity.