NABU has been advising and supporting the Ministry of Nature Protection of the Republic of Armenia since 2001. We put the implementation of international nature conservation conventions at a high priority. In 2006 we were able to expand our partnership to include joint projects as well.

NABU has been advising and supporting the Ministry of Nature Protection of the Republic of Armenia since 2001. In the first few years of our partnership we put the implementation of international nature conservation conventions at a high priority, but in 2006 we were able to expand our partnership to include joint projects as well. In March 2007, NABU and the Ministry signed a cooperation agreement to protect Armenia’s biodiversity.

NABU works locally in cooperation with the Ministry of Nature Protection of the Republic of Armenia and the Armenian Society for the Protection of Birds. 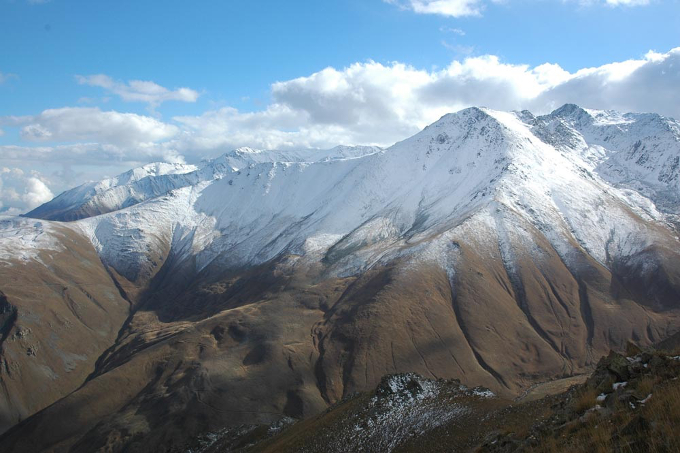 In the programme to protect the Armenian mouflon, an action plan was put together and a fully equipped and well-trained anti-poaching squad was established. For the project, the “Protection of the Steppe Lakes and Wetlands in the Arax Lowlands”, a support and development plan has been drawn up that will be implemented in follow-up projects.

We are planning to complete the “Ecotourism Project in ‘Dilijan’ National Park” in late 2008. The project includes the construction of a network of footpaths and walks and two nature trails.

Our work in Armenia is supported financially by The Heidehof Foundation, the Michael Otto Foundation and the Foundation Ursula Merz.

Protection of the steppe lakes and wetlands in the Arax Lowlands
In the west of Armenia, on the border with Turkey, our work focuses on the protection of the River Arax’s floodplains. There are many lakes here ranging from 10 to 2,000 hectares in size and up to 2 metres in depth. Although the lowlands have been severely overexploited for a long time and are degraded in some areas, they are still the last remaining habitat in Armenia for many endangered bird species such as the common spoonbill, the glossy ibis, the marbled duck, the black-winged stilt, the pied avocet, the oystercatcher and the endemic Armenian gull. It is also one of the few areas where both black and white storks spend the winter, as well as globally endangered species such as the Dalmatian pelican and the white-headed duck. Our work is focused regulating and stabilising the water supply in the project area, improving feeding and nesting conditions for water birds and improving environmental education opportunities coupled with the establishment of an ecotourism infrastructure. 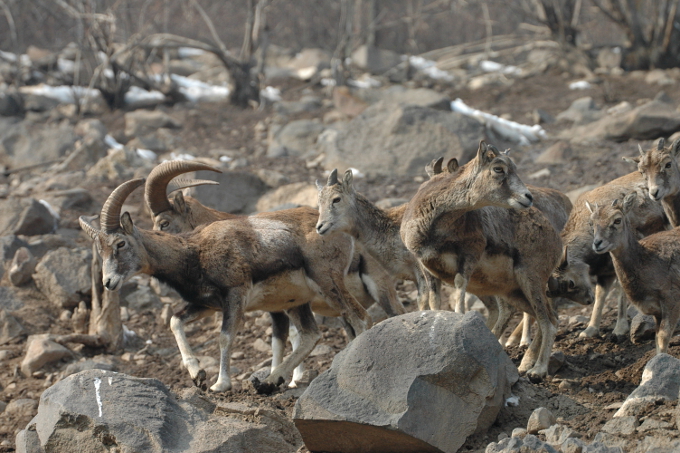 Protecting the Armenian Mouflon
Another of our project areas is in the planned national park in the south of Armenia. NABU is working together with local partners to protect the Armenian mouflon, a type of wild sheep, which has been made highly endangered in this area by poaching. In addition to providing a home for the mouflon, the area is very valuable due to its high amount of species diversity. The area contains the highest number of wild and endemic plant species in Europe, a fact that testifies to the importance of the region in terms of genetic diversity. It also has a diverse array of different types of landscapes ranging from semi-deserts to alpine ecosystems that are more than 2,200 metres high.

Establishment of a pilot area for environmental education and ecotourism
The large amount of different types of ecosystem in ‘Dilijan’ National Park – including mesophilic forests, rivers, lakes and mountains – make the area particularly attractive and worthy of protection with an abundance of plant and animal species. Of particular interest are the relicts from the tertiary period, such as the Rhododendron caucasicum and the yew tree forests. Amongst the many animal species are also globally endangered species, such as the brown bear, the lynx and the wolf.

Furthermore, there is a dense network of cultural monuments that NABU and the Armenian Ministry of Nature Protection are endeavouring to develop into a pilot area for ecotourism and environmental education.

The country
The Republic of Armenia is located in the Southern Caucasus between Georgia, Azerbaijan, Iran, Nakhchivan (an autonomous exclave of Azerbaijan) and Turkey.

Armenia’s landscape is shaped by mountains – only 10 percent of Armenia is lower than 1,000 metres above sea level. The terrain is made up of extinct volcanoes with high peaks and plateaus. The Lesser Caucasus range extends through Northern Armenia with peaks over 3,000 metres high. The highest mountain is the extinct volcano Mount Aragats at 4,090 metres above sea level. Armenia has many lakes, the most important of which is Lake Sevan. The lake is the largest freshwater reservoir in Armenia and at 78 kilometres long and 56 kilometres wide is the largest alpine lake in the world. Armenia is, due to its dry continental climate, characterised by very varied local climate conditions. Armenia’s landscape has been shaped by agriculture: 42 percent of the land area is cultivated and 30 percent is used as land for grazing. Steppes make up 17 percent of the land and 11 percent is covered by oak and beech forests. Thanks to wide range of areas with different geographical and climatic conditions, Armenia has a correspondingly large amount of biodiversity and there are many ancient, endemic and rare plant and animal species. In spite of their severe decimation, the forests in Armenia contain approximately 200 species of trees and bushes. 3,500 vascular plants make up a concentration of plant species that is one of the highest in the world. In addition, tens of thousands of small plants and bacteria can be found in Armenia. The country’s fauna has 17,500 animal species, including 500 vertebrates.

The agricultural biodiversity of Armenia is of global importance and can be traced back to a history of farming stretching over 5,000 years. Many wild varieties of cultivated crops have been preserved in Armenia to this day and are unique in Europe in their quantity.

Threats to the Environment
The problematic national political and economic situation in Armenia has had serious consequences for the environment.
Armenia’s steppes have been seriously degraded in the last century from unchecked grazing. 80-90 percent of this habitat is being used as agricultural land and has been badly damaged from unregulated irrigation practices. Soil erosion, salinisation and the destruction of natural plant populations are the consequences of this.

The forests of Armenia have also been severely damaged by human activity. In 1,000 BC, 35 percent of the land’s area was covered with forests. Due to the increase in population size, the accompanying expansion of grazing and agricultural land and the deforestation in the energy blockade between 1992-1995, the areas covered by forest have been shrinking constantly. There is now only 11 percent of the original forest left.
Other environmental problems in Armenia are poor waste disposal systems, a poor water supply and the serious consequences resulting from the drainage of Lake Sevan. In the 1940s Lake Sevan was severely affected by hydroelectric power stations and irrigation systems. The water level sank by 19 metres, which had serious consequences for the area’s ecosystems. In addition, the lake was polluted by contaminants that were washed into it, which compromised the most important drinking water reservoir in the Southern Caucasus. In the 1950s a programme of protection and regeneration was started to reverse the damage caused to the lake.

Due to the bad socio-economic situation in the country, environmental problems are often pushed into the background. Almost half of the Armenian population live under the poverty line. Due to the international significance of Armenia’s biodiversity, economically stronger countries are obliged to take on the task of protecting it.