Alarming levels in exhaust measurements on board the AIDA Prima

Covert exhaust measurements conducted by the ARD consumer TV show “Plusminus” expose the “showcase ship” of the AIDA Cruises fleet of ships as a true polluter. The AIDA Prima is not nearly as clean as the company claims. On the contrary: The ship’s chimney belches out a lot of smoke. 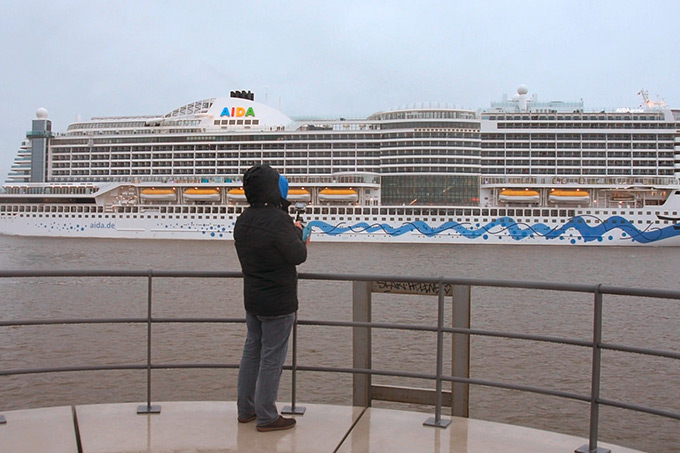 “The emission values on the AIDA Prima are appallingly high. The crew and the passengers on board are exposed to concentrations of hazardous air pollutants that are far above the level of high-traffic roads. The documented values are also a clear indication that the announced particle filter on the AIDA has not yet been put into operation almost a year after the ship’s maiden voyage. Customers and the public are being deliberately misled with empty promises about the actual environmental impact of the AIDA flagship”, said NABU Federal Chairman Leif Miller.

Since it has now been possible to prove high levels of exhaust fumes on deck of another cruise ship, it has become clear that this is not just an isolated incident, but a general problem in the cruise industry.“ In January, the French TV show ‘Thalassa’ reported for the first time on results of covert exhaust measurements on a cruise ship during a Mediterranean cruise. NABU has also documented many times over the extreme exhaust fumes in harbour cities and in cruise ship terminals, and informed the ship owners of the harmful effects to health of high fine particle concentrations. Already last year, the environmental organisation disclosed that the touted AIDA Prima filter system had not yet been put into operation, which the company then admitted.

“Unfortunately the ship owner has turned down the offer of having NABU and an independent inspector conduct official measurements on their ships and to publish the results”, said the NABU Head of Transport Policy Dietmar Oeliger. The industry is aware of the problem, but due to financial reasons refuses to do without poisonous crude oil and to use the necessary filters.

In 2013, AIDA announced that the entire fleet would be equipped with soot particle filters and nitrogen oxide catalysts by the end of 2016. The public statement from this German industry leader was perceived by environmental associations such as the NABU to be an important and long-overdue sign that low environmental standards at sea will be raised by means of voluntary measures. The company also wanted to do without the use of crude oil, but until today has not implemented any of these announcements.

In the meantime, both the German Respiratory Society and the Pulmonologist Association has recommended that, due to exhaust emissions, people with chronic respiratory disorders should only spend time on certain areas of the deck and avoid breathing the ship’s exhaust fumes. The World Health Organisation (WHO) has also graded diesel emissions to be just as carcinogenic as the hazardous material asbestos. 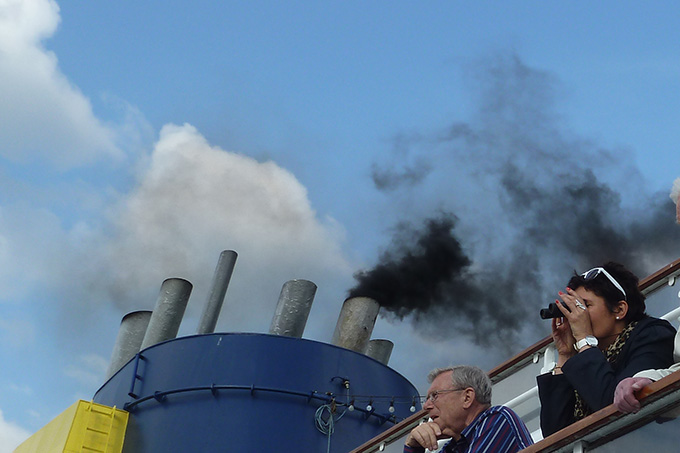