Joachim Rukwied, President of the German Farmers’ Association (DBV), denies that agriculture bears most of the responsibility for the ongoing extinction of species. He defends a system of subsidies that has been shown to damage the environment, farmers, and tax payers. 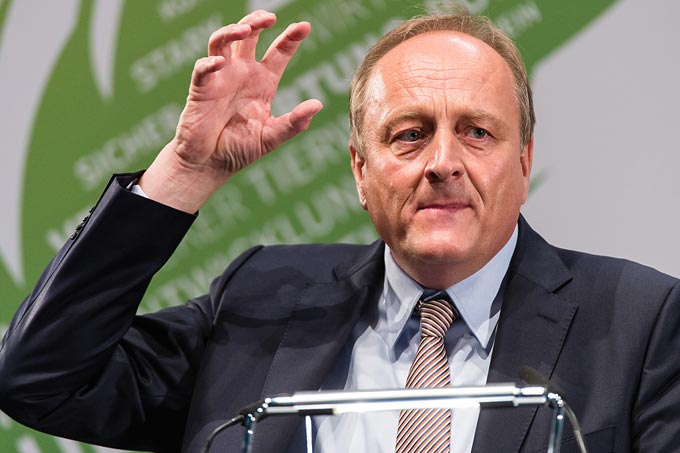 28th december 2017 – ‘The public is unsettled by the renewed approval of glyphosate, excessive amounts of nitrate in our groundwater, and the drastic decline of insect and bird populations – but Mr Rukwied stubbornly continues to defend without reservation the current system of agricultural policies which gives away billions of tax payers’ euros in the form of blank cheques’, says NABU President Olaf Tschimpke. In this way, Rukwied is jeopardising the future of farmers, too, warns Tschimpke. For if public acceptance of agricultural practices erodes, publicly funded subsidies will dry up in the long run. What is more, the blanket subsidies per area unit that Rukwied defends so fiercely are demonstrably not a suitable means to check the closure of farms. Beside heading the DBV, Rukwied is also president of the regional farmers’ association of Baden-Württemberg and the European farmers’ association, COPA.

In 2001, NABU already awarded a ‘Dinosaur of the Year‘ to then DBV president, Gerhard Sonnleitner, for his similar obstruction of agricultural reform. Since then, not only has the environmental situation failed to improve, quite to the contrary: ‘The condition of meadows and pastures has dramatically declined, the populations of field birds like lapwing and skylark continue to plummet unchecked’, Tschimpke continues. The ‘silent spring’ scenario is not panicmongering by conservationists, he insists, but a reality that can increasingly be observed in large parts of our agricultural landscape. ‘Partridge, common hamster and many other species that once were commonplace are now running out of habitat. They are closing in on extinction. At the same time, we are losing the insects, which are so important even for agricultural production because they pollinate crops and regulate pest populations’, says Tschimpke.

The motto of this year’s German Farmers’ Day was ‘Shaping the Future Together’. But the president of the DBV has failed to show any real interest in serious dialogue with conservationists or in sustainable policies, criticises Tschimpke. Instead, DBV does its best do play down and relativise scientific studies that prove the decline of insect populations. Instead of accepting ecological challenges, Rukwied keeps claiming that the agriculture industry is already sustainable – and that if environmental problems exist, they are to be blamed on other causes.

With a share of 40 percent, the Common Agricultural Policy (CAP) is the largest item in the EU budget. At the same time, CAP is highly inefficient and for the most part environmentally damaging. This is the conclusion not only of a current fitness-check study by European environmental organisations. The European Court of Auditors confirms that even the annual spending of twelve billion euros on so-called ‘greening measures’ under CAP has failed to realise substantial positive effects for the environment. The negotiations on a new CAP are set to start in 2018, and NABU sees them as a great opportunity to create truly environmentally sustainable policies on food and land use. In its study ‘Fit, Fair and Sustainable: Proposals for a New EU Agricultural Policy’ (PDF), published in late 2016, NABU already presented calculations that show how an agricultural policy could support high standards for environmental protection, animal welfare and food quality while securing fair incomes for farmers. To this end, current blanket payments need to stop. In return, farmers need to get the chance to earn an attractive supplementary income through activities that support biodiversity.

‘We demand that the leadership of the DBV end their blockade. I emphatically invite Mr Rukwied to open himself to dialogue and exchange’, says the NABU President. Now that the exploratory talks for a government coalition between Christian Union, Liberals and Greens in Germany have failed and the negotiations between the Christian Union parties and the Social Democrats are underway, Germany’s largest environmental organisation in terms of membership will continue to increase public pressure. On 20 January 2018, NABU and many others will rally under the motto ‘Stand Up to the Agriculture Industry’ to demand that food produced in the EU be healthy and environmentally sustainable.

The Dinosaur of the Year Award is a 2.6 kg figurine of an extinct reptile. NABU has used it to name and shame public persons since 1993. Awardees stand out for their exceptionally regressive public efforts with regard to nature conservation and environmental protection. The Dinosaur of the Year 2016 was awarded to Bayer CEO Werner Baumann for his intended merger of Bayer and Monsanto. 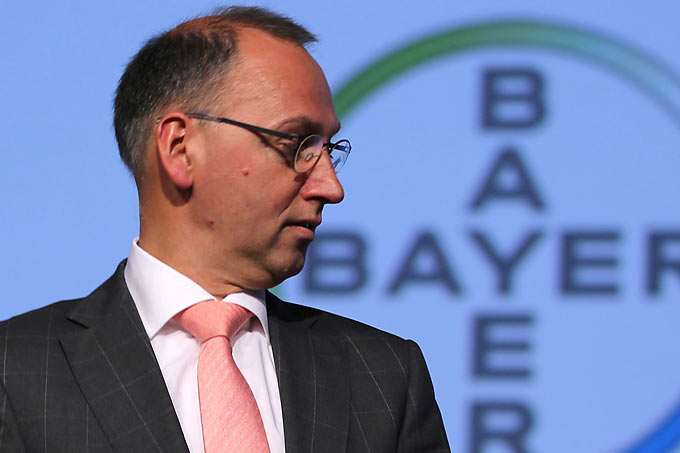 The 66 billion dollar record takeover of Monsanto, orchestrated by the Bayer CEO Baumann, stands in conflict with the demands of environmentalists and consumers throughout the world who want farming that is environmentally safe, and free of toxic substances and genetic modification. more → 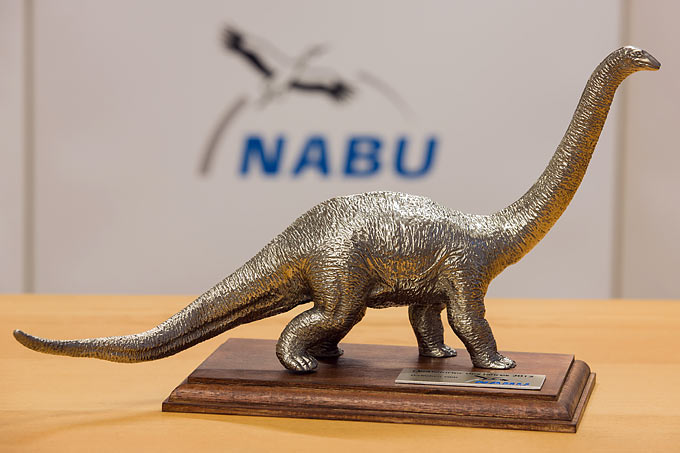