The Ulyanovsk region in Russia is located on the Volga River approximately 700 kilometers east of Moscow. It is one of the main breeding grounds for the rare Eastern Imperial Eagle. Since 2010, we have been committed to the protection of these majestic birds. 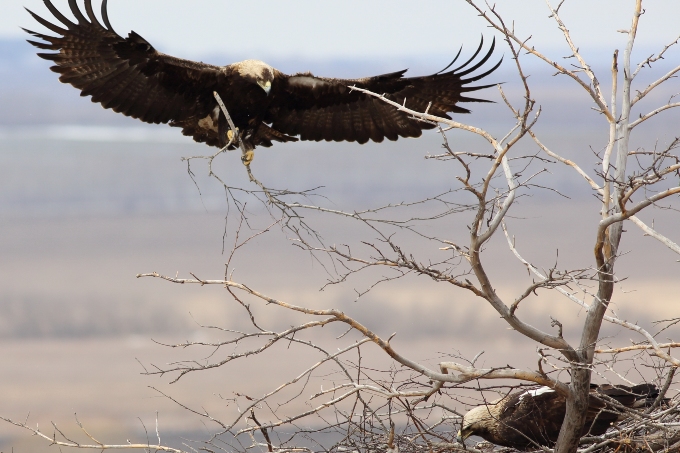 The Ulyanovsk region in Russia is located on the Volga River approximately 700 kilometers east of Moscow. It is one of the main breeding grounds for the rare Eastern Imperial Eagle (aquila heliaca). Since 2010, we have been committed to the protection of these majestic birds together with our partners, NABU-Kavkaz (the Caucasian sister organisation of NABU Germany) and the Russian Bird Conservation Union (RBCU). In order to plan effective conservation measures, we are researching the eagles' migration routes and breeding behaviour.

This Eastern Imperial Eagle has been tagged with a GPS tracker in the Ulyanovsk region, summer 2017. NABU is researching their flight paths and behaviour - photo: NABU

On a global scale, the Eastern Imperial Eagle is an endangered species. With the clearing of pine forests, imperial eagles have lost nesting opportunities. Due to new methods of agriculture the number of prey animals has decreased. Both these factors have contributed to a significant decline of Imperial Eagle populations over the past 30 years. Today, their total European population is estimated at 1,100 to 1,600 breeding pairs. The Ulyanovsk region is home to approximately 450 of these birds, making it one of the largest populations of Imperial Eagles in Europe and a reproduction hub for the species in Russia.

NABU-Kavkaz is researching the Eastern Imperial Eagle to apply the most effective means for its protection. For this purpose, our fellow colleagues have equipped ten imperial eagles with small backpack transmitters in 2018 in order to be able to precisely track their different migration routes. Amongst the ten research specimen were nine fledglings and one mature animal.

In a groundbreaking effort, our team was able to install a webcam in one of the 130 imperial eagle's nests on record in the Ulyanovsk region. This enables us to monitor the birds' arrival as well as breeding and rearing of the fledglings up close and in real-time. Click the play button in the video embed below to tune into the livestream yourself and witness the beauty of this magnificent endangered animal.

The webcam is currently in hibernation. Live transmission to the imperial eagle nest is expected to start in spring 2022.

For many years, NABU has been involved in species protection in the central Volga region. Since 2010, NABU has been funding the program for "Protection of the Volga population of the Eastern Imperial Eagle in the Ulyanovsk region" initiated by the local Ministry for Nature Conservation. Led by Dr. Mikhail Korepov, this project is being implemented by NABU-Kavkaz with support from the Ulyanovsk district administration. The expansion of protected areas is at the heart of the collaboration with the local government and partner NGOs. They aim at preserving the steppes and forests that are so typical for the habitat. In this open vegetation, the Imperial Eagle still can find prey and suitable breeding spaces.

Over the course of the past seven years, as many as 70 areas have been converted into protected areas with almost all overground power lines converted for bird safety — a success we are most proud of.

From 2021 on, NABU International Foundation and VGP Foundation support NABU's efforts for the conservation of the species. The project "New Networks for the Eastern Imperial Eagle" is focused on transferring knowledge between existing conservation projects in Russia and Eastern Europe with the aim to improve the conditions for these iconic birds throughout their range. In the scope of the project the Imperial Eagle's wintering areas on the Arabian Peninsula and in Northern Africa will be investigated in order to identify threat factors and improve conservation measures.

More species in need of protection 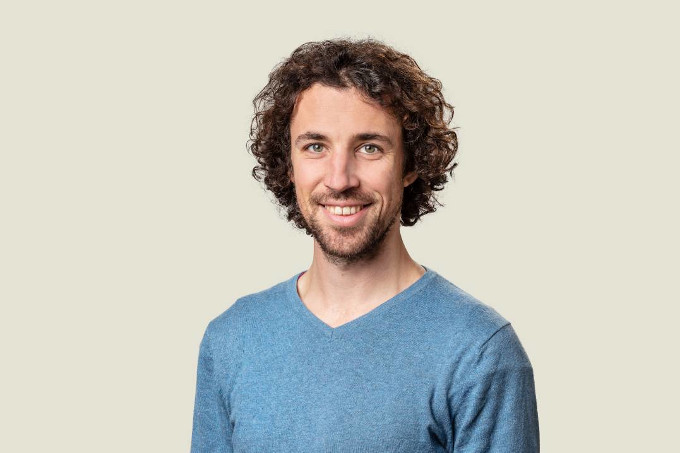