Since survival of large carnivore species is strongly pending on public acceptance, NABU launched a project to create education and information material on wolves. 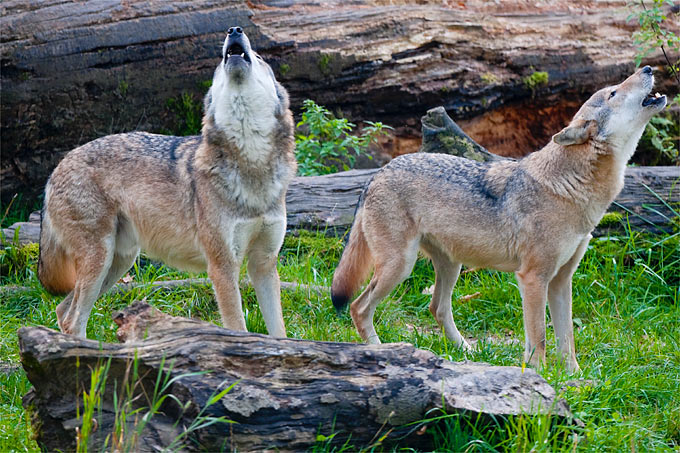 NABU aims to reduce conflicts between people and wolves, contributing to their harmonious coexistence in Germany.

1. Wolf research
Reliable information on wolves is important if you don’t want to fall prey to mere rumours and half-truths. NABU supports the Wolf Network, a cooperation of volunteers in Saxony, Brandenburg and other wolf regions in Germany. Trained “Wolfsbetreuer” collect and document wolf hints and tracks and pass them on to scientists.

2. Habitat protection
Experiences in other European countries show that wolves adapt very well to different habitats. But they need calm retreat areas where they can raise their pups without being disturbed. And like other wild animals, wolves are likely victims of road traffic. For these reasons, NABU speaks out against additional roads and railway lines that would increase the fragmentation of the countryside, and supports the creation of a network of large wildlife reserves.

3. Information, not Grimm’s Tales
Who believes that it’s the stork that brings the babies? No one. But the way we think about wolves is still largely determined by legend and prejudice. To help people change their minds, NABU educates the public on wolves – offering factual information instead of nursery tales.

4. Wolf Project Office
The area occupied by wolves in the Lausitz currently amounts to about 1800 km² and is inhabited by about 40 individuals. Locating the wolves, implementing herd protection and offering an open ear for local people still requires the support of conservation organizations. Accordingly, one team member of NABU’s project “Welcome, Wolf!” is dedicated exclusively to work in the Lausitz.