Kenya is famous for its fascinating nature and extensive national parks that draw in visitors from all around the world every year. NABU is supporting the long-term conservation of nature with innovative ideas in co-operation with local partners. 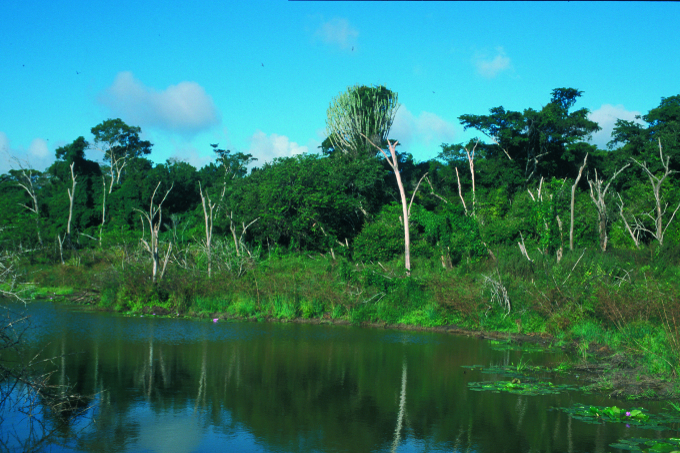 Kenya is famous for its fascinating nature and extensive national parks that draw in visitors from all around the world every year. Increasing population and growing poverty compounds the local communities’ dependency on natural resources and leads to conflicts and overexploitation of the forest. NABU is supporting the long-term conservation of nature with innovative ideas in co-operation with local partners.

Around 100 kilometres north of Mombasa lies the Arabuko-Sokoke Forest, the so-called “Home of the Elephants” with its vast mangrove forests and warm shallow waters at Mida Creek on the coast of the Indian Ocean. The area, which once stretched from Somalia all the way to Mozambique, is the largest remaining tropical coastal forest with an area of 420 square kilometres. The area is considered to be a biodiversity hotspot, boasting more than 40 mammal species, 230 bird species, 250 butterfly species and 650 plant species, many of which occur only in this area. Illegal logging, overexploitation and poaching are making many of these precious species endangered. 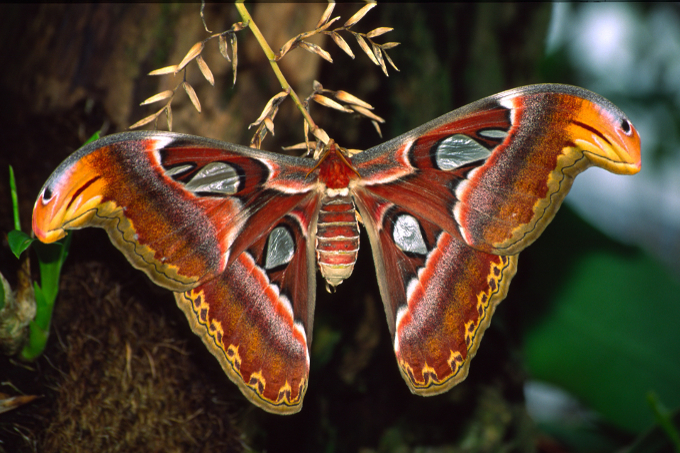 NABU decided to follow a new direction in reaction to the urgency of this situation: Preserving the forest can only succeed on a long-term basis if it is backed up by measures to combat poverty and sustainable development. Together with Kindernothilfe NABU has created an all-encompassing programme to reduce poverty in the communities around the Arabuko-Sokoke Forest by helping the local population to help themselves. Alternative sources of income, such as breeding butterflies, bee-keeping, mushroom cultivation, tree nurseries and ecotourism, help to reduce poverty and simultaneously lower the pressure on the natural resources. The Kenyan BirdLife partner organisation Nature Kenya implements the scheme locally.

The project has already improved the lives of the local population: the construction of a water system for both public and private use has improved the quality of life and health care for 4,000 people. New sources of income, such as honey or mushroom production, ecotourism and the cultivation of medicinal plants, enable parents to be able to finance their children’s education and thus to invest in the future.

We can already see the success of the environmental education programme in schools that is addressing the subject of the relationship between man and the forest and its natural resources and the establishment of autonomous voluntary groups to watch over the forest: the communities are finally relating to the forest and cooperating more closely with the government to protect it. 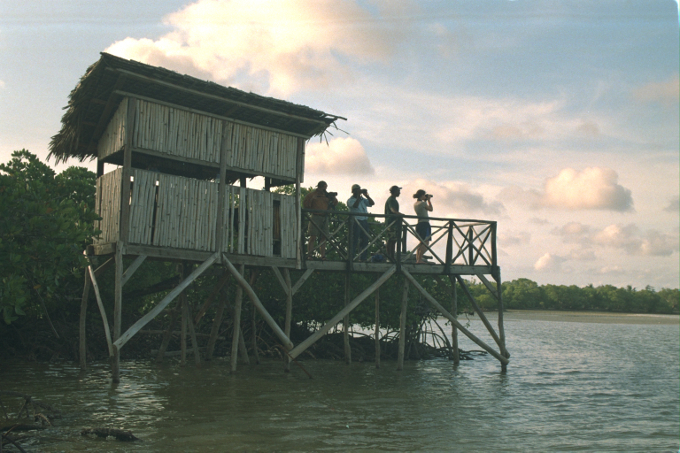 To establish ecotourism in the area, 26 local nature guides have been trained and an information centre has been set up and marketed in the tourist centres on the nearby coast. The inhabitants will think more highly of “their own forest” if visitors travel specially to visit it.

The forest offers tourists an attractive alternative to a beach holiday: nature trails through the forest with viewing platforms in the tropical treetops, bird watching tours and night excursions with expert guides all show the diversity of the forest in a way that is both interesting and entertaining.

The Republic of Kenya is located on the east coast of Africa and is bordered by So-malia, Ethiopia, Sudan, Uganda and Tanzania while the Indian Ocean lies to the east. The country's total area is 582,000 square kilometres. The East African Rift, part of the Great Rift Valley, runs through central Kenya. Deep valleys, fertile highlands, tropical coastlines and eternal snow on the mountaintops which reach as high as Mount Kenya at 5,199 metres, all make up a very diverse landscape picture.

The country’s climate is also varied – tropical on the coastline and semiarid to arid in the north and northeast and in the highlands.
Only around 20 percent of the land area is suitable for agriculture. The fertile highlands and the shores of Lake Victoria are the most notable areas that are used as farmland and the population density in these areas is accordingly high. The local population carry out subsistence farming of maize, grains, sugar cane, beans, ba-nanas, rice and pineapples for their own consumption. Droughts and flooding from heavy rainfall such as in 2006, cause famines year after year, with the northern regions of the country being particularly affected.

Kenya is typical for a developing country in sub-Saharan Africa; around 56 percent of the population is living under the poverty line. Despite this, the country has a promi-nent place in East Africa. Kenya has the most efficient national economy in the region and a liberal economic system with a well-developed private sector. The most important economic sector is agriculture, which employs around 70 percent of the population. The main source of foreign currency income is tourism, which is growing in spite of recurring political unrest; a large percentage of foreign tourists in Kenya are from Germany with 200,000 visitors from the total 1.5 million holiday goers every year. 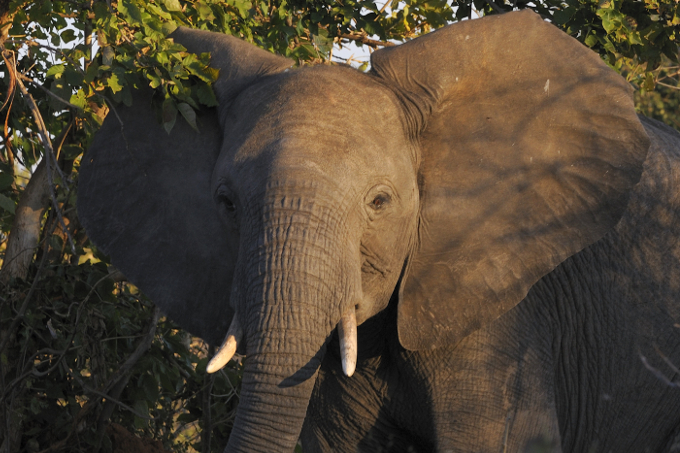 The variety of different types of natural landscapes has given rise to a wide variety of different plant and animal species that is the main attraction for many tourists: sea-shores, savannah with the “Big Five” animals (i.e. lions, leopards, elephants, buffalos and rhinos), the snow covered mountaintops of Mount Kenya, they all offer visitors many exciting experiences. The Kenyan government began to place large areas of land under protection in the 1930s. The Amboseli, Massai Mara in the Serengeti and Tsavo National Parks are the most famous of the 59 national parks that are all very important for tourism.

The United Nations Environment Programme's (UNEP) global headquarters are based in Kenya, which is why Kenya is regularly the host country for important international conferences for environment related topics and has signed all significant en-vironmental conventions.

Threats to the environment

The protection of nature and the environment is important for Kenya – also from an economic point of view. The tourism sector relies on the highest concentration of protected national parks from around the world.

Despite this, the country is suffering from environmental problems, such as air and water pollution, caused by industry, cities and the increasing use of pesticides and fertilizers in agriculture. The largest lake in eastern Africa, Lake Victoria, is affected by over-fishing, pollution from sewage and the prolific spread of the water hyacinth, an ornamental plant that was introduced to the lake.

Trophy hunting and the trade of ivory and skins are illegal in Kenya. However, de-spite the penalties, increasing poverty makes poaching a more promising occupation and puts many big cats, such as leopards, cheetahs and lions, as well as other animals, such as elephants and rhinoceroses in great danger.

The worst problem that the country suffers from is deforestation. The constantly-growing population is illegally cutting down the last remaining forests to obtain farm-land that is only fertile for a short period of time as well as to use the wood for building and as firewood. While this is taking place, the remaining forest has shrunk to 1.7 percent of the total forest area. The Kenyan government is trying to combat the process with a reforestation programme. Corrupt state officials and politicians, however, cover up the illegal logging to make a quick profit. The increasing deforestation exac-erbates problems like soil erosion, desertification and water shortages. At the moment, only 43 percent of the rural population and 88 percent of city inhabitants have access to clean drinking water.