In Kyrgyzstan, NABU has been rescuing scores of animals from the private zoo of the ousted president Kurmanbek Bakiew, including a snow leopard and two bears. The animals are now temporarily quartered in a wildlife protection centre in Karakol in the east of the country. 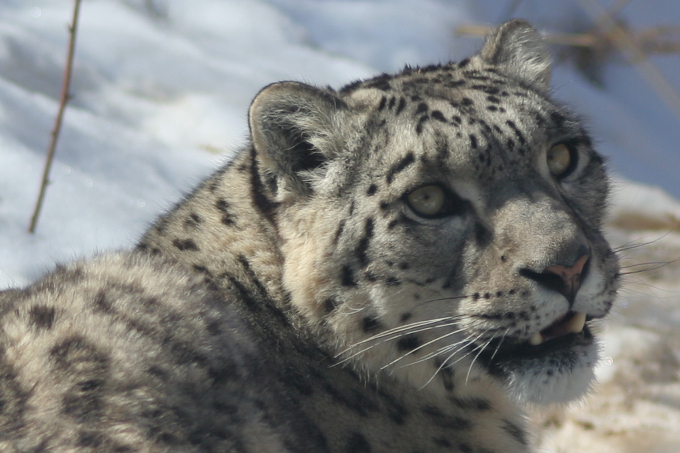 28. Mai 2010 - In Kyrgyzstan, NABU has been rescuing scores of animals from the private zoo of the ousted president Kurmanbek Bakiew, including a snow leopard and two bears. The animals are now temporarily quartered in a wildlife protection centre in Karakol in the east of the country. The animals are doing well according to the circumstances. Apart from the snow leopard and the Isabelline Bears in total 23 animals have been rescued, including four wolves, two Steppe Foxes, a Golden Eagle, an Egyptian Vulture and two Black Kites.

The animals have been examined by the veterinary for wild animals and director of the wildlife protection centre, Saltanat Seitova, in the beginning of May in the house of family Bakiew in Jalalabad, in the south of Kyrgyzstan. “Most likely the animals did not get any food since the overthrow. Two snow leopards could unfortunately not be rescued; they had died of hunger already. The other animals have been fed after their discovery and then have been brought to Karakol in cages, accompanied by the public prosecutor's office and an armed task force”, said NABU chief executive officer Leif Miller. NABU now wants to observe, how the political situation in Kyrgyzstan is going to develop and then decide with the responsible agencies, what will happen with the animals. 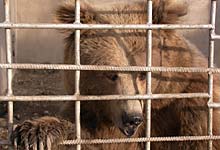 “This sad discovery shows that snow leopards and other endangered species regrettably are popular trophies for private zoos. The animals have not been kept species-appropriate and have been left to their own devices after Bakiew had fled. Now it is important to care for the animals as best as possible with the means available on-site. For this purpose we urgently need financial support”, said NABU expert for the international protection of species, Heike Finke.

NABU is advocating the conservation of snow leopards in Kyrgyzstan and trying to prevent illegal hunting and trading of the endangered species. Snow leopards are endangered with extinction everywhere in their distribution area in Central Asia because of poaching and illegal trading. According to estimates now only 350 snow leopards live in Kyrgyzstan. It is estimated that their population worldwide contains just 3500 animals living in the wild.

NABU is supporting the work of the wildlife protection centre in Karakol in the east of Kyrgyzstan. The centre is sheltering animals, that can´t be returned to the wild because they have been locked for too long or suffer from strong injuries. At the present there are living hundred animals and 36 species. 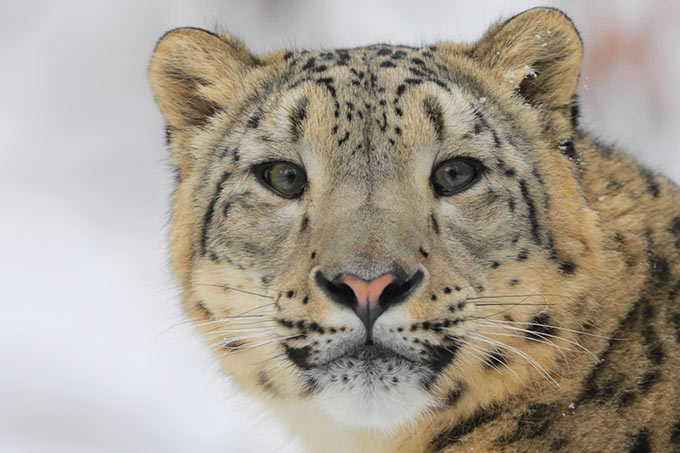 Save the last snow leopards

Hunted for its beautiful fur coat and the alleged healing properties of its bones, the snow leopard is threatened with extinction. Adopt a snow leopard or support our project with your donation! Thank you! more →