Climate change – What is it about?

Humans and their impact on Earth‘s live-supporting environment

When compared not only to the last century and the preceding millions of years today‘s climate has changed dramatically. Above all, it is extreme weather events as droughts, floods, heat waves and mild winters that we actually feel and see. 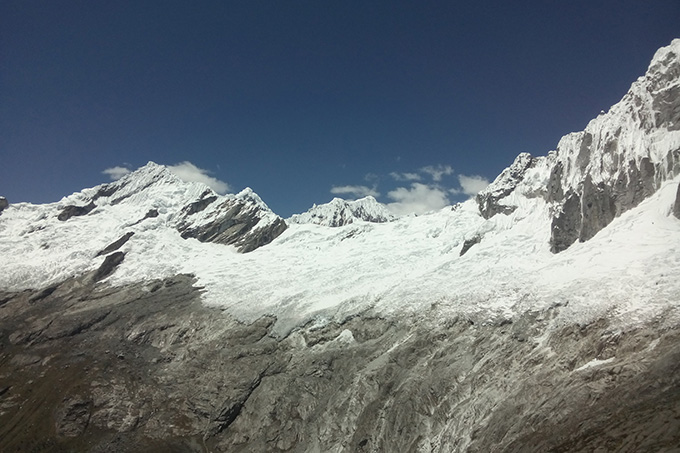 When compared not only to the last century and the preceding millions of years today‘s climate has changed dramatically. Above all, it is extreme weather events as droughts, floods, heat waves and mild winters that we actually feel and see. Moreover, long-term trends and average values are also changing:

Since the beginning of industrialization global average temperature has risen by over 1 degree celcius and is continuing to do so at an ever increasing rate. Average sea level is also rising - according to latest figures by more than 3 mm per year. At the same time glaciers and snow-covered areas are disappearing worldwide. By reflecting sunlight these surfaces mitigate global warming and are an important factor in climate change.


The most comprehensive academic studies on global warming are published by the Intergovernmental Panel on Climate Change (IPCC) - the last one in 2018. They present the basic principles behind climate change, the possible impacts it may have on humans and other living beings. The studies discusses how we can slow down climate change and what we can do to adapt to the already unavoidable negative effects.

Humans and the climate - how we interact

Changes in the climate are well-documented and can only be explained by our emissions of additional greenhouse gases into the atmosphere. Those gases with the greatest impact on the climate are carbon dioxide, methane and nitrous oxide. They are produced when we burn fossil fuels, continue to expand and cultivate farmland. Combustion for energy generation, industrial production processes and land use practices are the main sources for human caused greenhouse gases.

Computer projections predict a further rise in temperature. At what pace this will occur, depends on society, on the emissions we release into the atmosphere and the steps we take to save energy and natural resources, switch to renewable energy sources and to save natural carbon stocks in soils, forests, oceans and other ecosystems. If we act immediately and take effective measures we could stabilize the warming of the planet at around 1,5 degree celcius by the end of the 21st century. If mankind fails to act, then an increase as high as 5 or 6 degrees celcius is also possible by the end of the century.

Recent studies show, however, that in the past years emissions have even increased more than scientists of IPCC had expected in the worst case scenario. We now know that the climate‘s reaction to emissions of greenhouse gases is very slow. If we had succeeded in freezing greenhouse gas emissions at their global level in 2000 – which we failed to do - we still would have to experience an increase of further 0.6 C.

The rise in the sea level is even more difficult to measure. Oceans are warming up and at the same time ice shields are melting causing the sea level to rise. Depending on the scenario the IPCC expects an increase between 18 and 59 cm by the end of this century. This estimate does not, however, include sudden changes in Greenland‘s and Antartica‘s ice shields.