Tropical deforestation is one of the main sources of anthropogenic greenhouse-gas emissions. It accounts for 20 percent of the total greenhouse gas emissions worldwide. About 40 years ago, approximately 40% of the Ethiopian land surface was covered with forest; today, only 3% of that remains.

Currently, the forest area of the Kafa Biosphere Reserve is estimated to cover an area of 352,255 ha. However, this forest is being dramatically reduced as a result of the dependence on wood for energy and construction, as well as the conversion of the forest to arable land by the local population. The results of a satellite-based forest change analysis conducted by the recent NABU project showed a deforestation rate of 20,000 ha – 6% of the total forest area – between 2001/2002 and 2010. If this trend continues, the forests of the Kafa BR will have completely disappeared within the next 100-200 years, which would not only mean the loss of an irreplaceable ecosystem but also lead to the release of 160 million t of carbon dioxide (CO2) (when calculating for 200 years), as deforestation releases considerable amounts of CO2 and affects the forest's sink function.

A major cause of forest loss in Kafa is fragmentation, which can lead to the reduction or even a complete loss of contiguous forest areas. Even at a low deforestation rate, a mosaic-like distribution of forests due to fragmentation and degradation has serious consequences for the biodiversity of the woodland and effects important ecosystem functions, thereby increasing the local inhabitant's vulnerability to climate change. 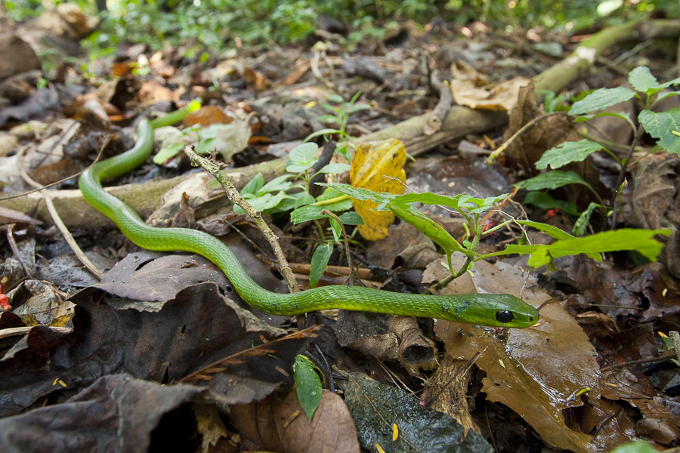 As a reaction to this, NABU seeks to work against further forest fragmentation and degradation and aims to close the gaps between existing forest fragments by establishing connecting corridors of native tree species and reforesting at least 500 ha of fragmented and degraded natural woodland. This will not only guarantee the genetic exchange within the forest sites, but also secure the provision of ecosystem services vital to the local communities, such as soil stabilisation and the improvement of the water quality, as well as the provision with firewood, food and medicine. Enrichment planting can assist in restoring the forest’s resilience to climate change impacts as well as increasing the amount of carbon dioxide absorbed from the atmosphere.

The reforestation program requires a series of actions, beginning with the identification of appropriate areas and suitable indigenous tree species, the demarcation of the sites, the cultivation and planting of tree seedlings and finally maintenance of the sites with the help of the adjacent communities and a team of rangers. These activities build upon the previous reforestation experience gained during the IKI-project “Climate Protection and Preservation of Primary Forests – A Management Model using the Wild Coffee Forests in Ethiopia as an Example”.

Between 2009 and 2014, NABU and the Kafa Zone’s Department of Agricultural Development have established 59 tree nurseries at the Kafa Biosphere Reserve. More than 500 hectares of degraded forest have been reforested with indigenous tree species and almost 300 hectares of farm land have been planted with native multi-purpose agro forestry trees and crops, involving hundreds of people from local communities.