On the occasion of the „Year of Air (2013)“ NABU started the project „Clean Air in Ports“. The kick-off workshop in Hamburg was attended by almost one hundred representatives from port economy, national and local politicians as well as manufacturers of emission reduction systems and NGOs.

On the occasion of the European wide „Year of Air (2013)“ NABU started the project „Clean Air in Ports“. The kick-off workshop in Hamburg was attended by almost one hundred representatives from port economy, relevant institutions and national and local politicians as well as manufacturers of emission reduction systems, ship owners and NGOs. 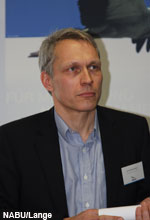 The workshop started with an introduction into the problem of air pollution in ports and practical experiences with measures. First, Prof. Buters and Prof. Zimmermann of the Virtual Helmholtz institute talked about their recent scientific work on the consequences of too many pollutants in breathing air for human health. Even for ordinary people easy to understand, the scientific team presented first results of the HICE project, that for the first time looked into the effects of ship emissions on the human lung. Their conclusion: the effects of ship fumes on the breathing and the coronary system are still way underestimated. In order to limit the risks to a compatible measure, urgent action is needed. 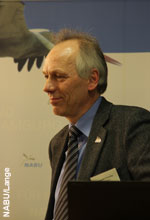 Some European ports have already implemented measures in order to minimize the emissions from passenger and freight traffic. Jens Meier of the Hamburg Port Authority showed current and planned practical ecological measures for cleaner air in the port of Hamburg. Ralf Giercke from the Stadtwerke Lübeck (Municipal Utilities Lübeck) reported about the Onshore Power Supply (OPS) in the port of Lübeck, which was developed and realized even before the official standardization for OPS. Complementary to this Karl-Heinz Ehrhardt presented a model of how an inland port can be designed more ecological: The Green Port Concept of the port of Magdeburg. Since the beginning of this year the first diesel electric locomotive runs there, which is expected to save up to 40 percent fuel. 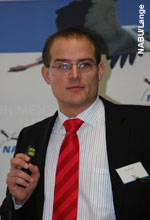 Very different dimensions were the content of Jan Hendrik Pietsch’s presentation. He explained various environmental measures of the Hamburger Hafen und Logistik AG, for example the measures against air pollution on terminals. Dr. Urs Vogler from Future Ships sketched plans for supplying ships at berth with energy from small powerplants on LNG-basis.

The second part of the workshop dealt with institutional settings and challenges for a better air quality in port cities. Gun Rudeberg, environmental manager of the Ports of Stockholm and chair of the environmental committee of the European Seaport Organisation (ESPO) looked across the Baltic Sea and presented the development of the Environmental Port Index. This instrument aims at encouraging the ecological efforts of ports and ship owners, mostly through financial incentives (ecological port fees). 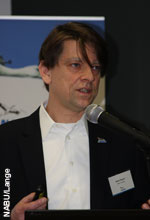 The international transport expert, Dr. Axel Friedrich, focused in his presentation „national and local political strategies for better air quality“ on the legal conditions and on the retrofitting of ships with diesel particulate filters. At the same time he made clear that the German government has to take responsibility and leadership by switching to low sulfur fuel/distillates on governmental ships and by retrofitting them with systems for exhaust cleaning systems.

The politicians at the final panel discussion debated the (seemingly) conflict between ecological necessity and competitiveness in the ship and port businesses. 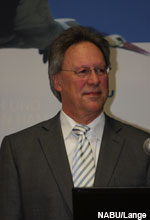 With members of the German Parliament Dr. Valerie Wilms (Grüne), Uwe Beckmeyer (SPD), Herbert Behrens (Die Linke), and members of city parliament of Hamburg, Dr. Thomas-Sönke Kluth (FDP) and Birgit Stövers (CDU), all parties of the German government had the possibility to present their concepts for sustainable inland and high-sea ports.

The high number of participants at this workshop as much as the engaged discussions showed the interest and the need to act for clean air in ports.

Some presentations and the agenda of the workshop can be downloaded here (mostly German): 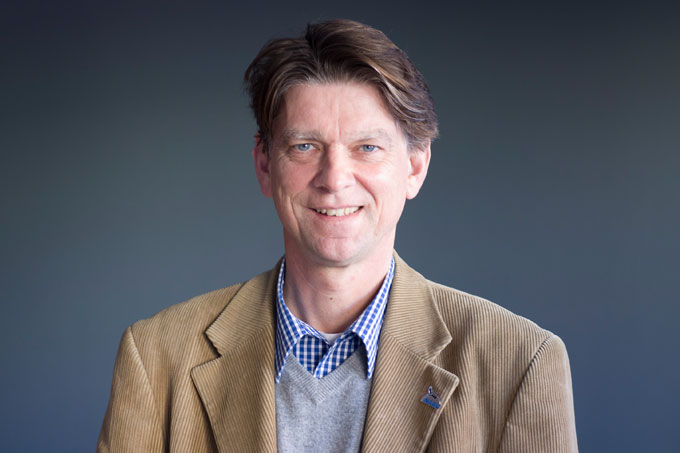